Yale University is offering a course this semester which aims to help students understand and counteract “whiteness,” exploring such topics as “white imagination,” “white property” and “white speech.”

According to the syllabus for “Constructions of Whiteness” obtained by The College Fix, the English course is an “interdisciplinary approach to examining our understanding of whiteness.”

The class, which is apparently being offered for the first time this semester, discusses “whiteness as a culturally constructed and economically incorporated entity, which touches upon and assigns value to nearly every aspect of American life and culture.”

The goal of the class is to “create a lab for the construction of counternarratives around whiteness in any creative form: play, poem, memoir, etc.,” states the syllabus.

Students in the course are asked to read books such as Michael Kimmel’s “Angry White Men: American Masculinity at the End of an Era,” Richard Dyer’s “White: Essays on Race and Culture,” and Richard Delgado’s and Jean Stefanic’s “Critical White Studies: Looking Behind the Mirror.”

Rankine did not respond to multiple requests for comment from The College Fix.

The Fix also reached out to the chair of the English department, Langdon Hammer, and professor of English & African American studies Jacqueline Goldsby. Neither responded.

Outside of Yale, Rankine is active in the theater community. Her play “The White Card” is being produced at Boston’s Emerson Paramount Center. The play, which centers around “a conversation at a dinner party,” focuses on the question: “Can American society progress if whiteness stays invisible?”

Classes like “Constructions of Whiteness” are not unique to Yale. A controversial course titled “The Problem of Whiteness” is currently offered this semester at the University of Wisconsin-Madison.

At the University of Michigan last December, meanwhile, a workshop taught white employees how to address the “discomfort” of being white, instructing participants how to “recognize the difficulties they face when talking about social justice issues related to their White identity, explore this discomfort, and devise ways to work through it.” 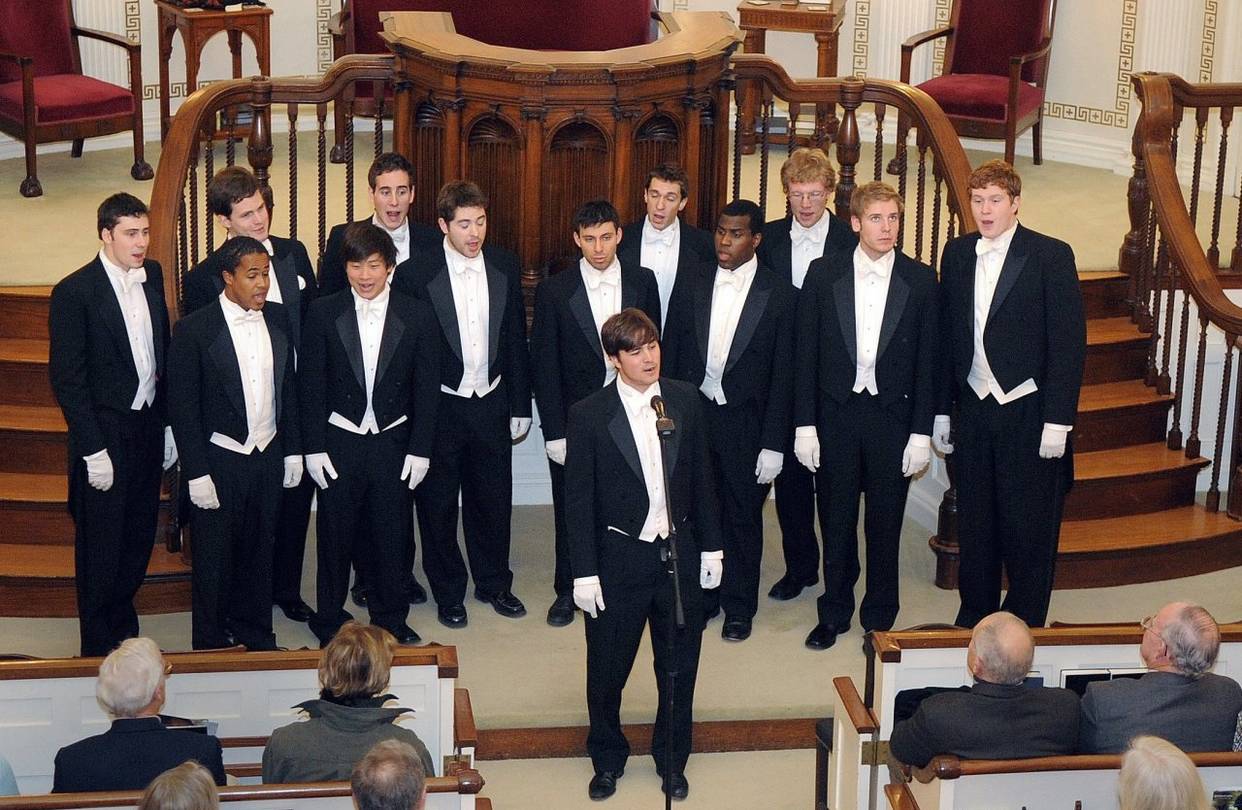 More than a century of tradition changed at Yale University on Tuesday.

The Whiffenpoofs, the senior a cappella group, admitted its first female singer. Sofia Campoamor was picked to be one of the 14 new members of the Whiffs’ Class of 2019.

“I’m really excited,” said Ms. Campoamor, a 20-year-old junior from Washington, D.C. “To me the overall goal is to change the conversation around senior a cappella to one that is not about gender, but about music.”

She expects to join as a tenor, and the group doesn’t anticipate changing its repertoire to include her. For her audition, she sang a solo of Sara Bareilles ’ “Manhattan.”

Founded in 1909, the Whiffenpoofs bills itself as the oldest collegiate a cappella group in the U.S. The Whiffs and an all-female senior group, Whim ‘n Rhythm, announced on Feb. 1 that they would consider auditions from all singers in the junior class. Tapping women for the Whiffs has been debated on campus for years.

In a joint statement, the groups said they sought to be more inclusive. “Both Whim ‘n Rhythm and the Whiffenpoofs acknowledge the transgender, gender nonbinary, and nonconforming members in our community, and understand that they feel unseen within the current paradigm of ‘all-male’ versus ‘all-female’ senior a cappella.”

Kenyon Duncan, the pitchpipe of the Whiffs, said his group got a lot of support and “positive vibes” for its decision to call itself “lower-voiced’’ rather than an all-male. He said about 40 juniors auditioned this month, and their gender wasn’t tracked.

The debate about gender and inclusion has been occurring on campuses nationwide. In December, Harvard University announced it was forging ahead with its long-debated plan to bar members of unsanctioned single-gender social groups from leadership positions in campus organizations, and from receiving formal endorsements for prestigious awards such as the Rhodes Scholarship.